Back
Back
more
Post notices
Response of my post
Receive notices when someone comments or replies to a post or comment that you've written.
Announcements
Receive important notices from the site.
Light Art Flash

Visitors will be able to enjoy the night of Jeju Island. 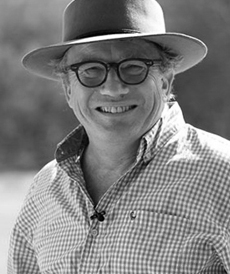 British artist Bruce Munro is best known for immersive large-scale light-based installations inspired largely by his interest in shared human experience. Recording ideas and images in sketchbooks has been his practice for over 30 years.

By this means he has captured his responses to stimuli such as music, literature, science, and the world around him for reference, reflection, and subject matter.

In 1982, he graduated from Bristol Polytechnic in Fine Art with a focus on painting. In 1992 Munro and his wife, Serena Ludovici, return to England and lives with their four children.

Meanwhile, Munro’s work was exhibited at famous museum and botanical garden all over the world. Also Munro’s work was presented at Chatsworth House in Derbyshire as a part of Beyond Limits, an annual exhibition of monumental outdoor sculpture organized by Sotheby's in fall 2016.

Field of Light, his representative work, has been exhibited at Uluru of Australia until March 2018. Lately, he installed the Field of Light which is located at Bicester Shopping Village, Oxfordshire in Sep 2018. Moon Blooms was commissioned by a retail organization to create a work of public art for the entrance to their significant commercial premises.

His artwork is exhibited at the leading museums such as Cheekwood Garden and Art Museum and Ashmolean Museum in Oxford. 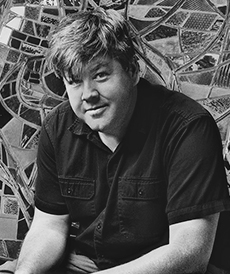 Tom Fruin was born in 1974 in Los Angeles, California. He lives and works in Brooklyn, New York.

Since 2010, he has released his flagship 'ICON' series. The series has recreated the city's architectural styles, which are usually easily passed by, into monumental public sculpture.

By presenting the everyday structure in a new way, he rather intended to re-focus on the original form of the work. Currently, the ICON series consists of ordinary but symbolic structures such as houses, water towers, caricatures, and artistic signs.

These works have become a beacon for the community in question His work has been invited to numerous exhibitions internationally beyond the United States. Every day in New York City alone, thousands of commuters are learn about his public works of art. 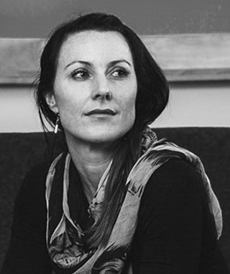 Jen Lewin is an internationally renowned new media and interactive sculptor currently based in New York. Over her 20-year career, Lewin has honed her architectural background and a highly technical medium to fabricate large-scale interactive, public sculpture that encourages community interaction and play. Lewin thinks beyond traditional art exhibitions to create an experience that brings vibrancy to public spaces. Lewin’s playful sculptures exist where art, technology, and communities meet, leaving viewers enchanted while encouraging delight through engagement with the work.

Lewin’s technically complex works have been featured at events including the Istanbul Light Festival, Vivid Sydney, iLight Marina Bay, Signal Fest and Burning Man, art Biennales in Denver, Colorado and Gwangju, South Korea and solo exhibitions across the United States and in Mexico, Portugal, and England. Jen Lewin has designed and installed permanent public interactive sculptures worldwide including the Side Walk Harp in Minneapolis, Magical Harp in Palo Alto, Promenade in Denver Colorado, Ascent in Coral Springs Florida and has worked in collaboration as a dynamic lighting designer for permanent, public installations with Claes Oldenburg in Philadelphia, Pennsylvania and Lawrence Argent in Vail, Colorado. 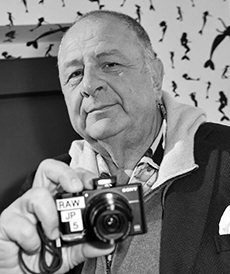 Jean "Johnny" Pigozzi is a businessman, art collector, philanthropist, photographer and heir to the Simca automobile brand. He is based out of Paris, Antibes, London, New York, Geneva, and Panama.

‘LimoLand’ is his fashion label that was born out of thirst for colorful yet casual tastes. It features his unique sense of collecting, creating and accumulating art from all over the world for decades.

‘Mr. Limo (Limo)’, the representative character of Limoland, is dressed in an elegant suit and has colorful skin, but it comes with a familiar look because it has a convex belly. Limo also appeared in the limited edition of "Leica SOFORT LimoLand by Jean Pigozzi’ released by Leica. 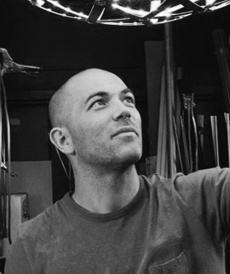 He holds a Bachelor's Degree in Economics and Fine Arts from Tufts University. After graduation, he focused on the economy and finance rather than dreaming of a career as a great artist. He worked for financial companies such as Goldman Sachs and Merrill Lynch, who were in charge of credit transactions right before the financial crisis that started in the United States.

Early in 2007, when he had no inkling of the looming disaster, he returned to school and studied technology and art which he was interested in. Having seen the process of creating interactive art during his studies, he was impressed by the surge in electrical and connector usage when he went to NYU's Interactive Telecommunications Program (ITP) to explore microcontrollers, solders, digital fabrication and new materials. The theme of his thesis in ITP was 'Wind-Sensitive LED Array'. The thesis's blogging by Kanye West has been launched, making it the first time to receive a commercial request from a large music festival agency to produce a larger, more portable version.

Later, many people requested him for permanent LED works to be installed in large buildings and houses. Currently, Krugman is absorbed with designing and producing new types of LED works. 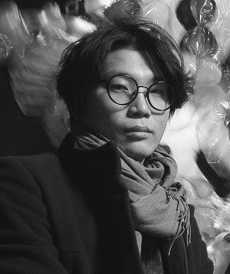 Lee Byungchan is an artist based on Seoul, drawing attention from the international community by presenting a large scale 'Kinetic Installation' with its colorful and unique shapes.

Lee Byungchan is an artist based on Seoul, drawing attention from the international community by presenting a large scale 'Kinetic Intrusion' with its colorful and unique shapes. The structure of modern society he witnessed in college was contradictory and abnormal. After agonizing over what causes large organisms called cities to move, his answer was "consumption ecosystem." This has become the main motif of his work and, unlike the natural world, visual representations of consumption behavior in urban communities. He created a third kind of life (Urban Creatures), have light and sound containing the city’s stimulating and dynamic colors, as well as a universal material symbolizing consumption and waste in modern society.